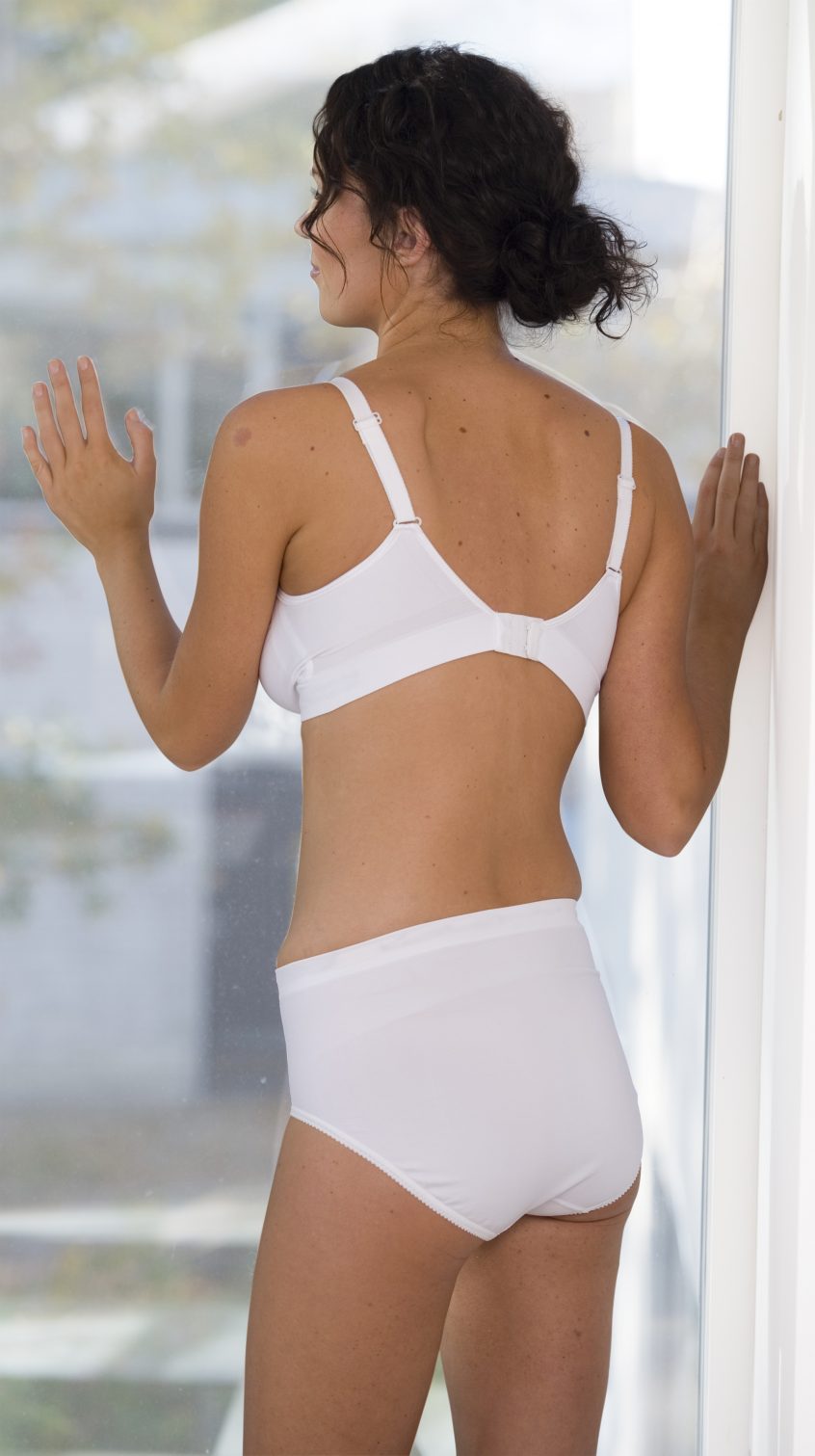 As you may have already gathered, I absolutely love these seamless nursing bras.  They are excellent value for money, and because of their seamless design and flexible sizing, they are the perfect bra during pregnancy and breastfeeding.  I currently stock the following styles and will endeavour to compare them in this article.

You will see that these bras are different prices.  I have generally found that you get what you pay for in a nursing bra, but I have also found that everyone looks for their own set of specifications when choosing a nursing bra.  When doing an in-home fitting I do find that everyone has their favourite after trying each of these bras on and it’s not usually anything to do with the price.  I will go through each of the nursing bra styles and talk about their individual features, comparing them to each other so that you can make an educated decision about which nursing bra would be best for you and your individual tastes, size and specifications.

This nursing bra is amazing value for money.  You can easily get three of these for the price of one bra from many high street shops meaning that you don’t need to invest a lot of money for the comfort you receive.  There are many purchases to be made before a baby arrives, and often times the baby comes first and nursing bras are not a priority item.  These nursing bras do wash really well, but I do think that if you are wearing them full time and only own a couple of bras you may find that their life might be shortened a little.  If you imagine that you usually wear a bra once a week or once every two weeks depending on how many bras you own, the bra will be washed once a week or once a fortnight.  If you invest in only 3 nursing bras, you’ll be washing them at least twice a week.  In essence you are more than halving the life expectancy of the bra.

The top image shows a v-neck nursing bra shape, and the above image shows the side-sling which supports the breast when the cup is open.  The side-sling is a pretty simple piece of elastic which doesn’t look very substantial.  It is only needed for some support (and so you don’t lose the strap when feeding) when the cup is open, but you may feel you need something more substantial if you have larger breasts.  I have found with many that like this bra that they may be on the smaller side, and this bra provides a really nice shape.  The material is a little less soft than the 365 and Carriwell styles, but this is improving with every shipment I receive.  Customers are always telling me how comfortable this bra is.

There are four sets of double hooks and eyes at the back, so you would want to make sure that you fit it on the right setting to ge the most wear out of the bra.  If you are newly pregnant fit it on the tighest, and if you are at the end of the pregnancy fit it on the loosest.  The straps can sit quite wide on the shoulders which can be annoying for some, but this feature is breing improved upon, and I’m seeing less problems over the last few months.  At their longest the straps are ~15.5″ and at their shortest ~8.5″ long.  The chest bands unstretched are on average the following lengths 26″, 27″, 28″ and 29″.  They are on the smaller side when fitting, but then I usually find that women are wearing a size larger than they should be and are not used to the feel of the best band fitting.

Here is a picture of the Emma-Jane 365 on top of the Emma-Jane 361 for comparison reasons.  OK, silly of me to not choose two different colours, hopefully you can still get the idea of the difference in shape.  The Emma-Jane 365 fits a little lower on the neckline which can be good if you want to wear a lower neckline top, but some women with larger breasts don’t receive enough coverage from the Emma-Jane 365 and feel that they are falling out the top.  The Emma-Jane 365 is great for those that are used to having a little bit of padding for whatever reason, and the padding is removable if you decide that it isn’t necessary anymore.  The padding is not thck enough to provide any real size enhancement but it does give a smoother look if you nipples are more erect after birth or you are wearing a wrinkly nursing pad.

The Emma-Jane 365 also fits a little lower under the arm which can be good if you find yourself with additional breast tissue in that area once your baby is born.  The Carriwell fits a lot higher as you’ll see down the page a little which can be both good and bad for some.  The right hand side photograph shows that the Emma-Jane 365 has a slightly larger bad than the Emma-Jane 361, so you may decide to go down a size if you measure between band sizes (round down instead of up if an odd number).

A few weeks ago I would have said that the Emma-Jane 361 was more popular online than the Emma-Jane 365, but sales have really picked up and I think people are really ppreciating the benefits of the Emma-Jane 365.  It is a little bit more money, but you have the benfit of the slightly lower fit which will probably work better for Summer atire, and the flexibility of wearing it with or without padding gives people a choice which is always nice.  The fabric is a little softer I would say for the Emma-Jane 365, and the side-sling is definitely more substantial providing a little bit more coverage of the breast when the cup is open, although some have found it more challenging to latch baby on in the beginning and prefer the more open Emma-Jane 361.

I have already mentioned above that the band can be a little bigger on the Emma-Jane 365, and on measuring the band unstretched I come up with the following measurements (28″, 29″, 30″ and 31″) so there can be a significant difference between the styles.  You need to be aware of this before purchasing.  In my most recent shipments (currently May 2012), I have definitely seen the Emma-Jane 365 as fitting larger than usual and many customers are wearing a smaller size than they usually request.

Gosh, I don’t think this photo does the Carriwel nursing bra justice, my photographic skills leave a lot to be desired.  This bra comes up a little higher in the front and on the sides which is really great for those with larger breasts or who have a little bit of extra weight under their arms because it encompasses it and provides great coverage.  Many women have found this has a little bit more support for larger breasts, and the bra is designed to fit up to an H cup in some band sizes.  The nursing bra is designed to fit 2 band sizes and s cup sizes so that it can accomodate those milk volume fluctuations, and it provides a lot more flexibilty in the band because each bra comes with a band extender meaning that you’ve got a lot of room in the band for chest extension during pregnancy if baby moves up very high into the ribcage.

The side-sling is wider than the Emma-Jane 361 but narrower than the Emma-Jane 365 side-sling, but I’ve found that although it is very supportive it can give the breast an unusual shape if not in the perfect position which is pretty much as far to the outside as possible so that no breast spills out behind it.  The sizing is a little different because they are sized S, M, L, XL and there is a lot more flexibility in the band with the band extenders, but again, fit the band to your requirements (tightest if early in pregnancy, loosest if late in pregnancy or after delivery).  The unstretched band measurements are as follows – 22″, 24″, 26″, 28″.